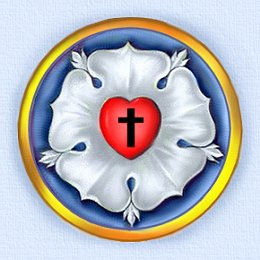 To help you get to know us better, here are some frequently asked questions about the Lutheran Church.

Is the Lutheran Church a Christian Church?

Yes. By definition, a Christian church is one that recognizes that Jesus Christ is God (fully equal with the Father and the Holy Spirit) who, after living a perfect life, died an innocent death (on the cross) to forgive the sins of the world. This is one of the most fundamental teachings of the Lutheran Church.

How did the Lutheran Church get its name?

We are named after Martin Luther, a German monk who lived almost 500 years ago (1483-1546). When Luther left the Roman Catholic Church over unresolved doctrinal differences, those who followed him were called, somewhat uncharitably, Lutherans. Luther vigorously opposed this because it gave the impression that what he proclaimed were new teachings instead of a simple return to the teachings of the Bible. He wanted those who held his convictions to simply be called Christians.

Are there any distinctively Lutheran teachings (doctrines)?

What is the Lutheran attitude towards the Bible?

We consider the Bible to be the divinely inspired Word of God. While it was written by men, it was God who communicated to them the very thoughts and words they were to write. Accordingly, to us the Bible is not just the word about God, it is the very Word of God; faithful and true in all points.

What is the Lutheran Church known for?

How did our church body get the name Lutheran Church – Missouri Synod (LCMS)?

“Synod” is a Greek word which literally means “walking together”. Our church body or synod consists of all those members who “walk together” in the same faith. There are almost 2.6 million of us. Even though we have churches in every state of the United States and many countries of the world, we are known as the Missouri Synod because that is the state in which we were founded back in (year) and our church’s headquarters are in St. Louis Missouri.